Things to do in Glenorchy, a short drive from Queenstown 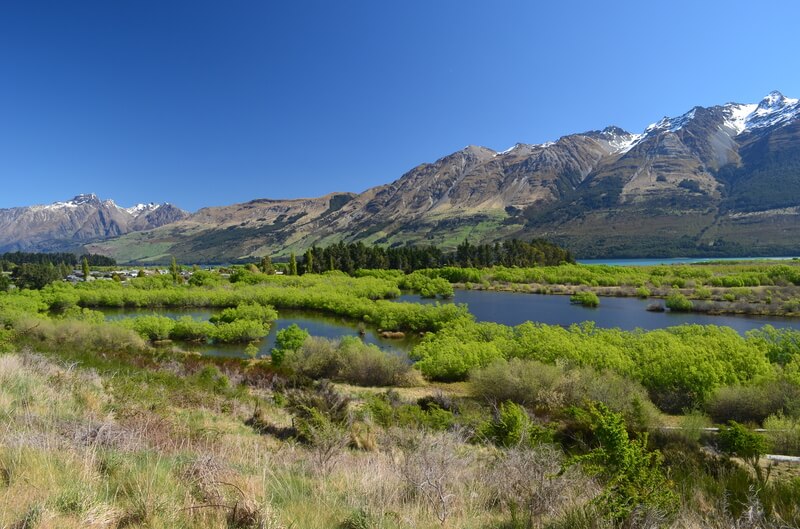 Posted by Paradise Ziplines on 9 June 2020

We love our backyard, but we love sharing it even more! So we’ve handpicked a few of our favourite facts about our special little town.

Glenorchy is also known as 'the gateway to Paradise'. Soaring mountains, beautiful temperate rain forests and pristine glacial streams, it's no wonder why! Glenorchy is on the doorstep of Te Wāhipounamu - South West New Zealand World Heritage Area.

The landscape is shaped by thousands of years of glaciation and tectonic uplift. Glacier ice melt started to fill what is now Lake Wakatipu.

The Rees and the Dart valleys, that connect at the head of Lake Wakatipu, were well known for meeting and resting places for early Maori. Although Maori never settled around Glenorchy, they would make challenging journeys over mountain passes from the West Coast in search for highly valuable pounamu (greenstone). These routes are now some of New Zealand’s best-known multi-day tracks; such as the Greenstone-Caples track, and the world-renowned Routeburn track.

The first European settlers came to Glenorchy in the early 1860's. Drawcards to the area were gold, timber, scheelite and grazing land. At the time of the gold rush in the 1860's, there were around 3000 miners residing in Glenorchy. A significant amount of gold was found in streams in the Rees Valley. The Oxburn stream was one of them - the very stream our ziplines operate over!

Tourism soon followed after the gold rush; the spectacular scenery offering inspiration for artists and a magnificent playground for mountaineers. Tourists traveled to Glenorchy by steamship on Lake Wakatipu and then by car when a road was finally built in the 1950's from Queenstown to Glenorchy. Today, the drive to Glenorchy is ranked as one of the most scenic drives in the world.

Glenorchy has a great community! There are social and fundraiser events held throughout the year, including Glenorchy Race Day. Thousands come to watch locals and their noble steeds compete in the races and all the money raised goes back into the community. A real southern kiwi experience, right in the heart of the mountains!

We think Glenorchy should be on everyone’s bucket list. Yes –that’s a fact!